We traveled all day arriving late in the evening (9:30pm) in Barcelona, Spain.  We took a few photographs from the plane but there were not a lot of opportunities.  We stayed at Serennia Apartments which were close to Las Rumbas and many other activities.  We could hear the subway in the distance some but otherwise it was quiet.  I would stay here again.  We headed out and ate Tapas at a local restaurant.  It was dining time for many people.

As Elemintal Photography, we set out to take as many photographs as possible on this trip.  We woke up early and headed for a tour of Sagrada Familia. The builders schedule is to now complete it in the next five to ten years.  After completing the tour, we walked up to Park Guell.  It was the grounds and home of the architect Gaudi who designed Sagrada Familia as well as Casa Mila Apartments and Casa Batillo (House of Bones).

That evening we again set out up the street.  We walked to a small theater where we watched Flamico dancing.  Dinner was served with the dancing and we dined on tasty Paella and drank refreshing Sangria. 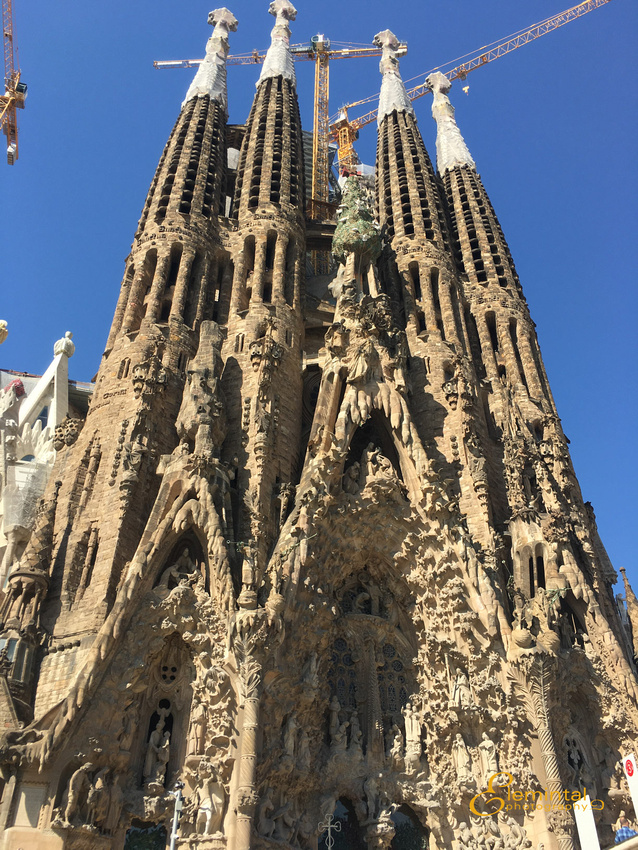 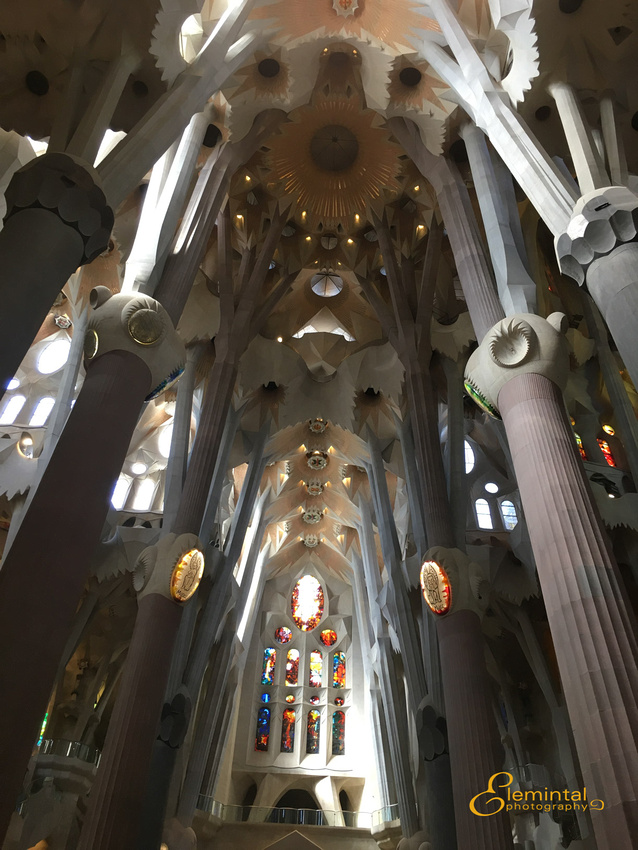 The next day we again headed out for another tour.  We met our tour guide and walked around La Rambla.  A beautiful street designed for walking patrons of the shops and restaurants.  We headed the Picasso Museum where we toured paintings that Picasso’s assistant had.  Our guide said they were not necessarily his best work, but they had special value to his assistant.  At a young age, Picasso’s Father recognized that Picasso was very talented and so he guided him trained him.  We saw works from many times in his life including some of his pottery.  Our tour guide, then walked us around some of the gothic parts of the city a bit more.   At the end, Dale and I walked to a market off La Rambla where we ate and did some shopping.  Our next stop was at Palau de la Musica Catalana and toured this beautiful building designed for choirs and concerts.  We later returned to hear Yoyo Ma play the Cello.

Our last day we took the funicular up the mountain to Montjuic.  We did not have the time to enter but instead walked the perimeter.  It was time to head on to our next adventure. 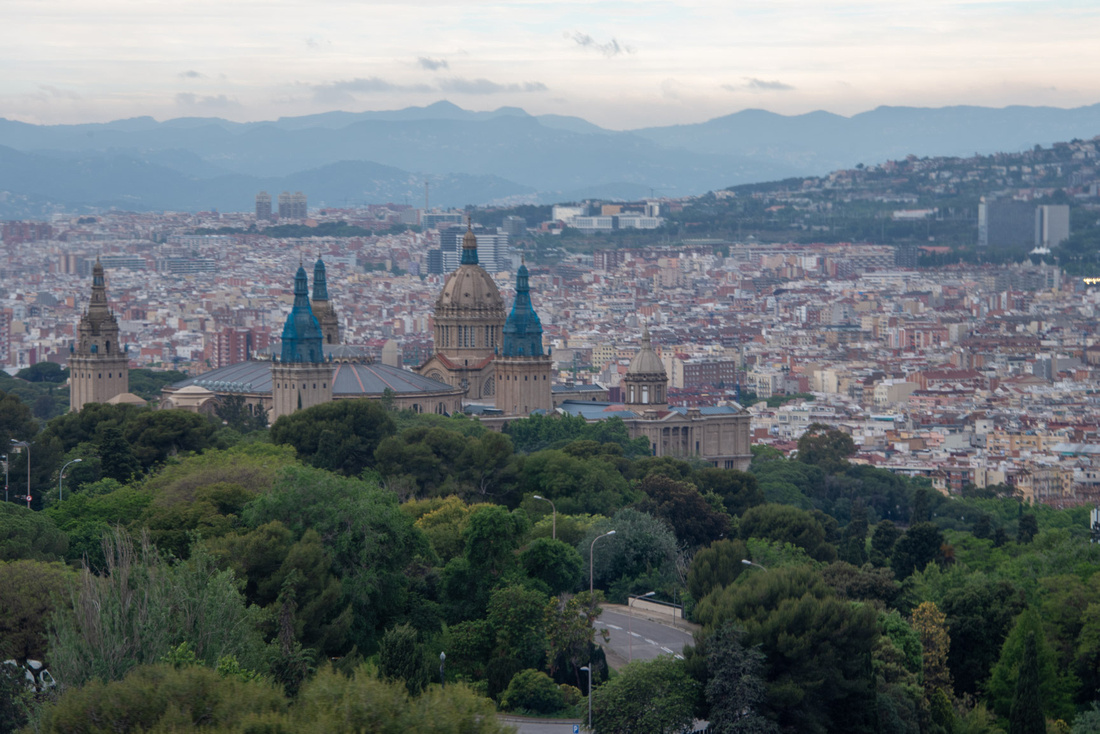