Lucca and the Leaning Tower of Pisa

Our next stop was at the city of Livorno.  Some folks traveled to Florence.  We chose to tour the city of Lucca and later on to Pisa.  We both felt this would be a great opportunity to take more photographs.

We stopped in Livorno.  We rode to the city of Lucca.  A walled city of 8,000 inhabitants and once 99 churches which now is 47.  There is a beautiful colosseum which has now been converted into apartments, shops and restaurants.  The city was beautiful with its narrow streets and wonderful shops.  We stopped and purchased a beautiful scarf at Zazzi.  The shop had woven these scarves of silk.  A local artist created the design of several of their scarves.

We enjoyed lunch and wine at a local restaurant.  The type of wine we had was local to the region.  It was a MonteCarlo.

We got back on the bus and headed to Pisa.  They were currently letting 40 people up at a time, but we were unable to go as we did not have enough time.  We walked around the tower and the buildings near Pisa.  There was a Cathedral, a Mausoleum and a museum.  There are even some trees that sank like the tower.  I was amazed how beautiful the architecture of the tower.  The pillars are made of different materials and there is beautiful work designed into the buildings.  The city begins right at the edge of this square and appears to be a charming town. 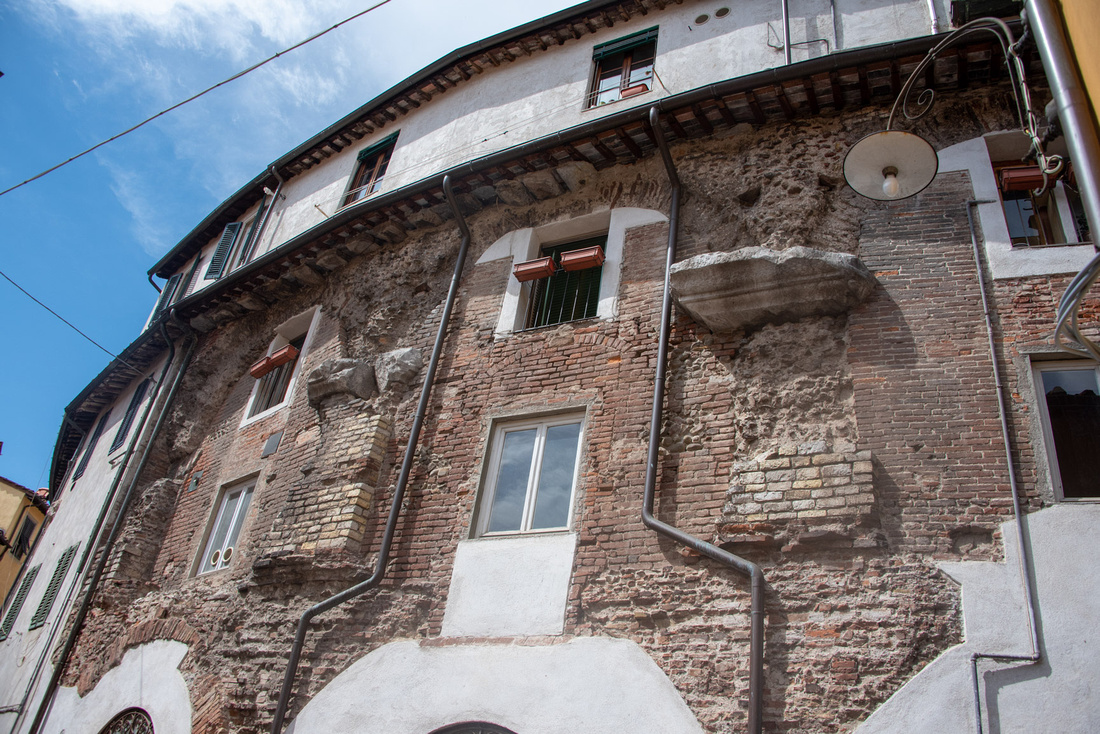 The walled city of Lucca. 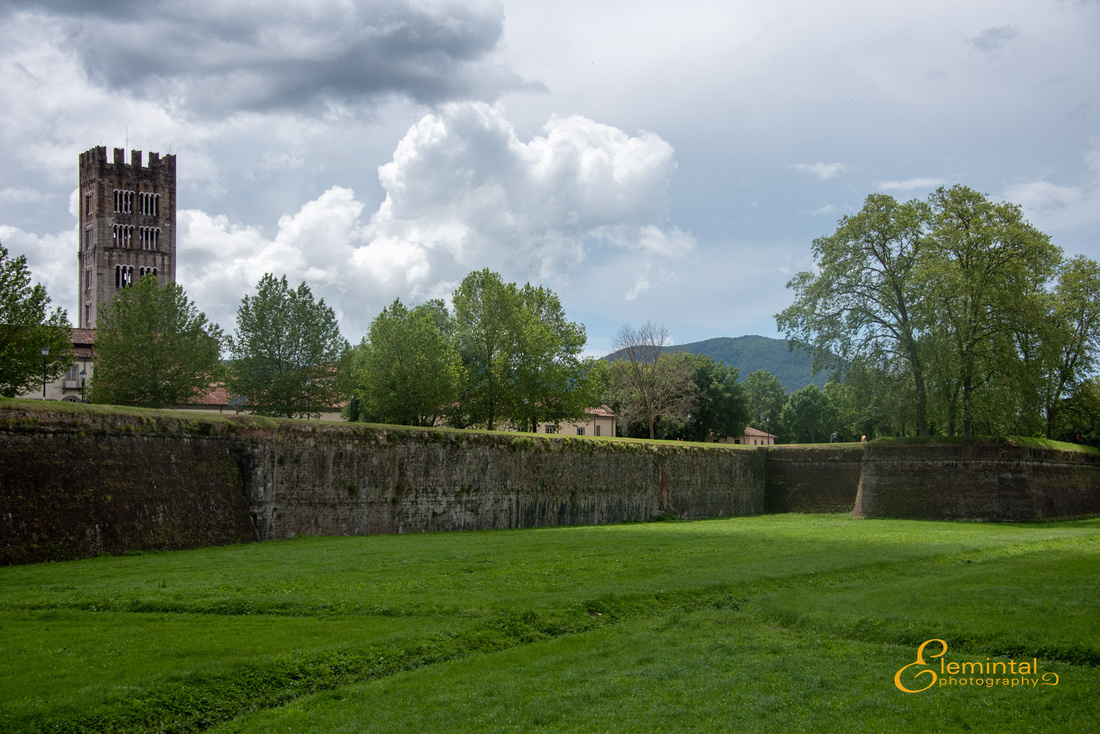 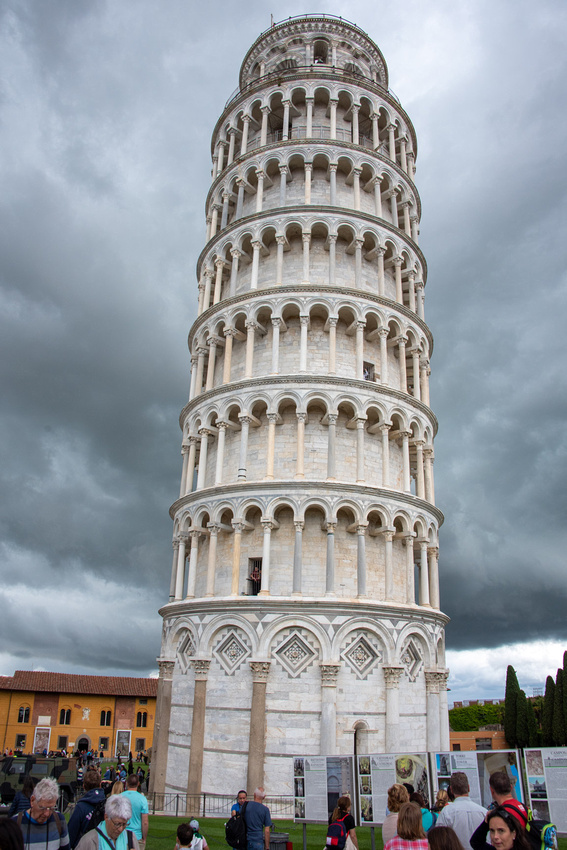 The leaning tower of Pisa 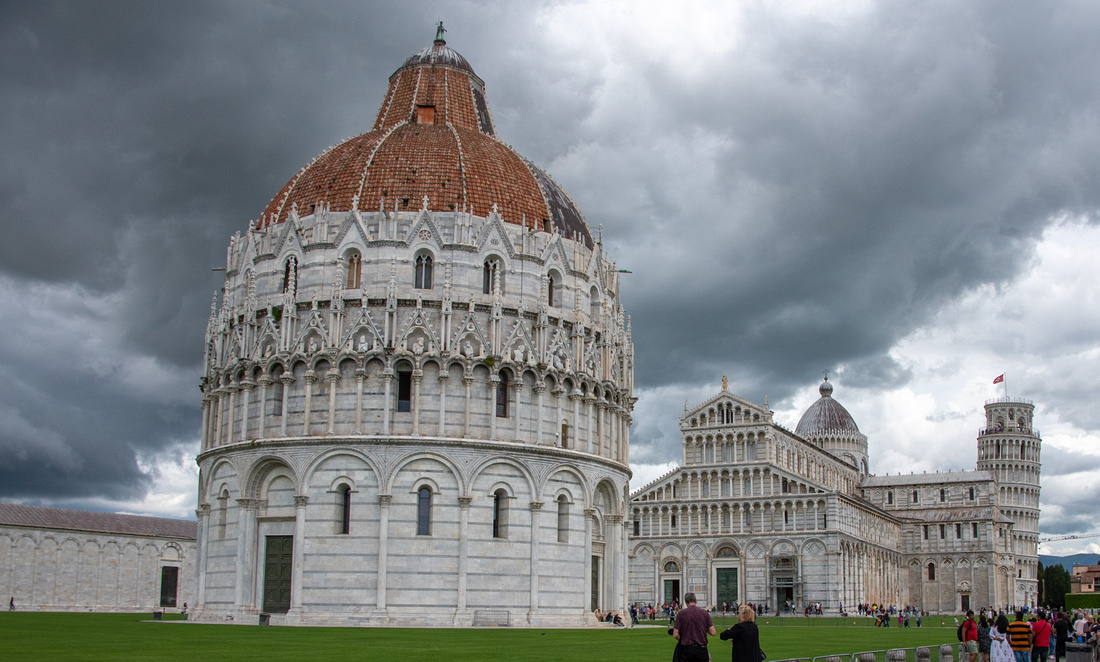 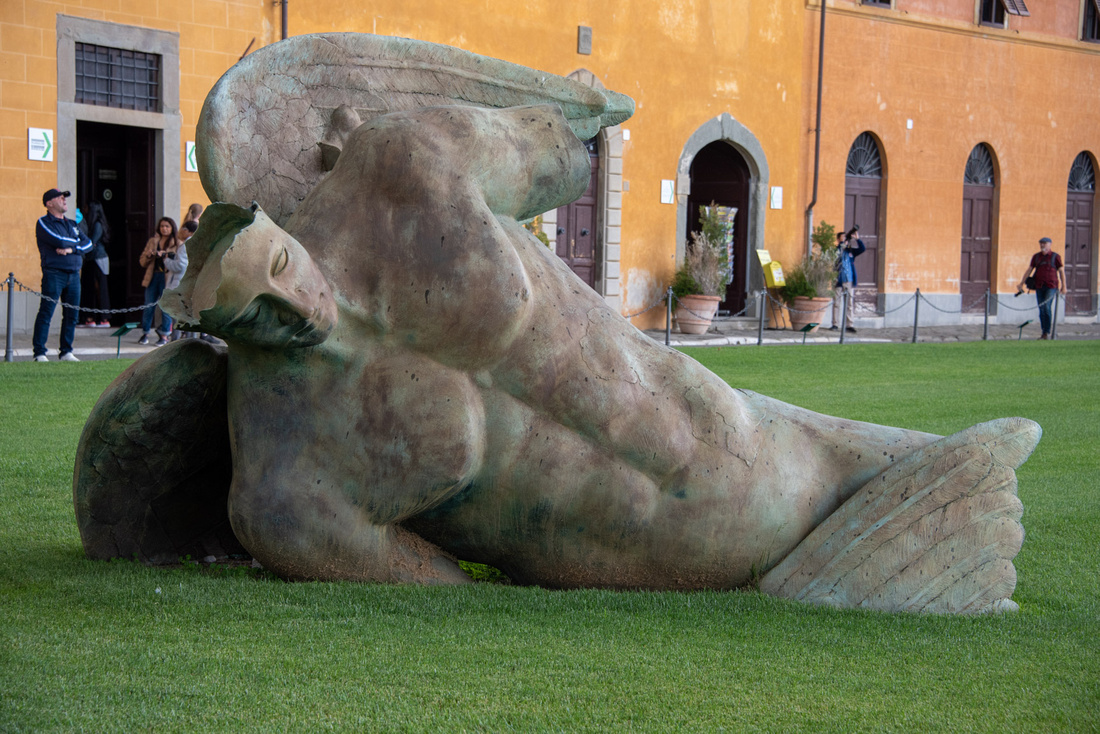 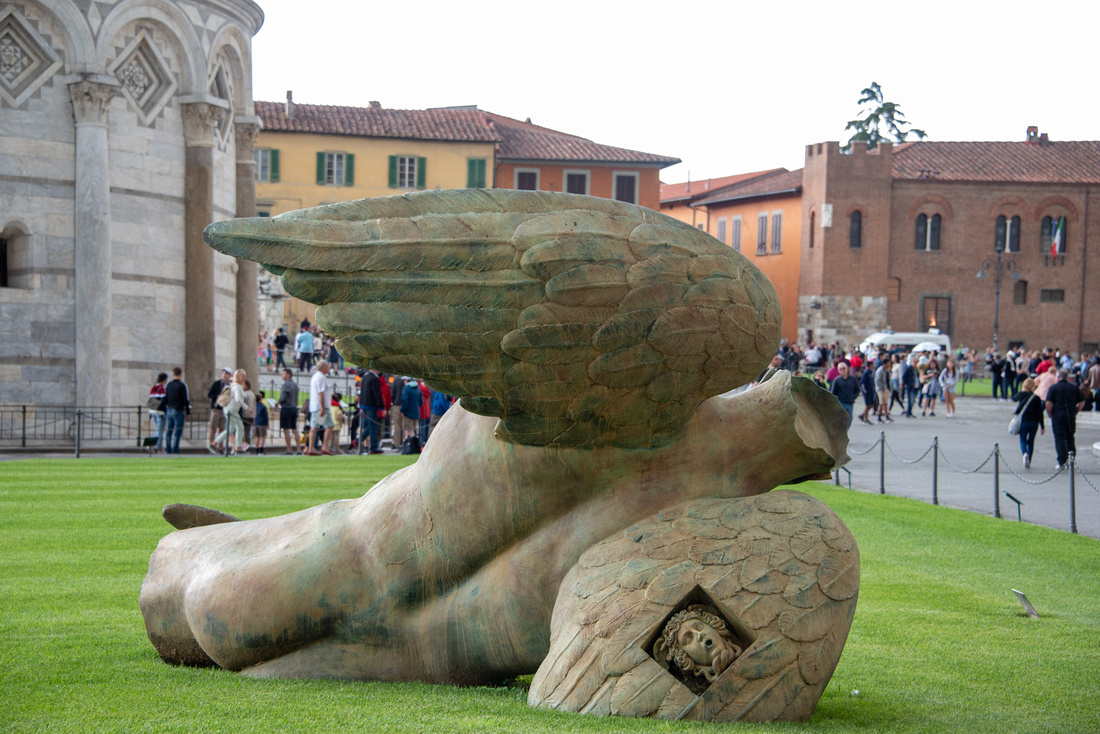