We are headed for our first trip to Europe.  So many years we planned to go but we always found somewhere in or near the United States we wanted to do first.  Well it is finally time.  With our cameras in hand ready to take photographs, we set out on our adventures.

Our first stop was in Iceland.  We traveled overnight making it in around 9 am.  We rented a car so we could see some of this beautiful country.  We started out on our adventure heading to a local lighthouse for a view of the coast.  It was breathtaking.  After that we headed to Reykjavik and drove around the town and to another lighthouse.  We realized we were tired so we headed to our hotel.

Our hotel was a contemporary spot on the waterfront.  Icelandic Marina Hotel.  Our room was very small but functional. The balcony was seemed larger than the room.  We dropped everything and fell onto bed for a few hours. Waking feeling more humane, we headed out and walked around. Shops closed at 5 but the sun doesn’t set until 10:53 pm.  I actually found the sky to appear like dusk most of the night.

We go up and headed out of town for a trip around part of the country called the Golden circle.  We stopped at the North American side of the tectonic plates and viewed the Euro Tectonics Plates in the distance.  The ranger told us we were actually in the valley between the plates and that the valley is sinking.  It is about 7 miles distance between the two. 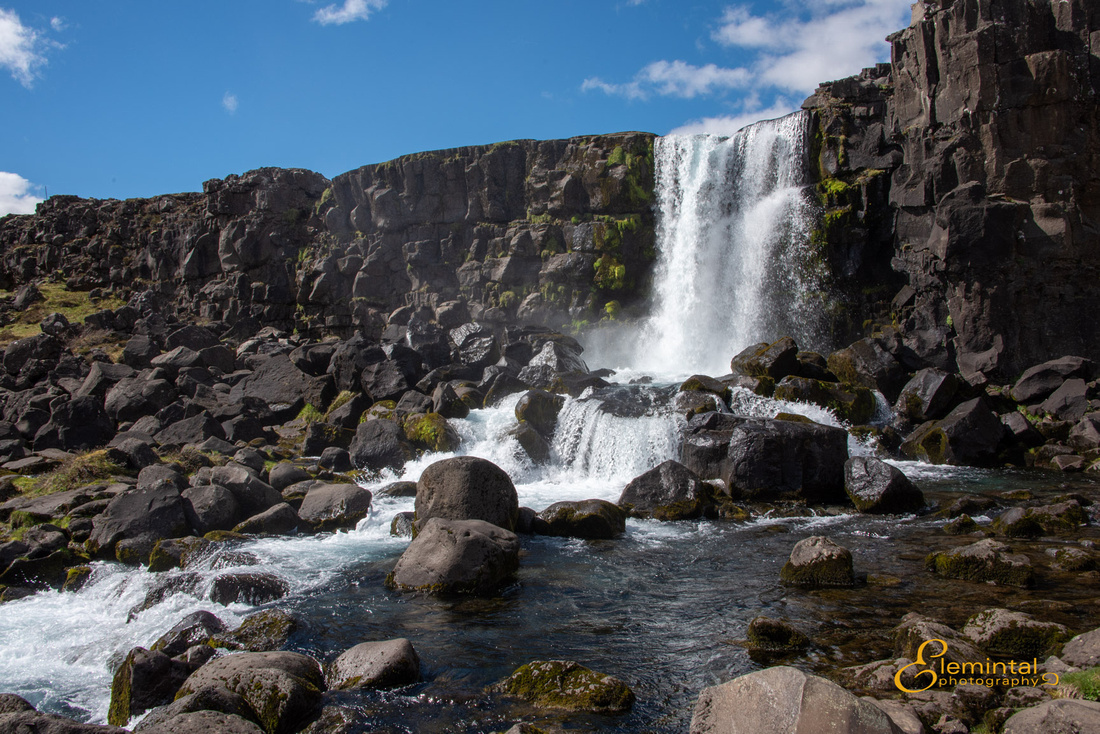 We stopped at Stokkur Geyser which it actually had several geysers there.  The main one erupted every 6 minutes or so.  People were walking all over this area.  The was a hotel, hot springs pool, retaurant and a large gift shop here.

We headed on to Gullfoss Falls.  These were beautiful falls reminding me of Niagra Falls although you are unable to take a boat to see these.  The falls are very wide and long and curve as the water falls over the steepest part of the cliff.  We hiked up to the falls and watched the water rushing around us.  Everyone was out taking photographs of the landscape. 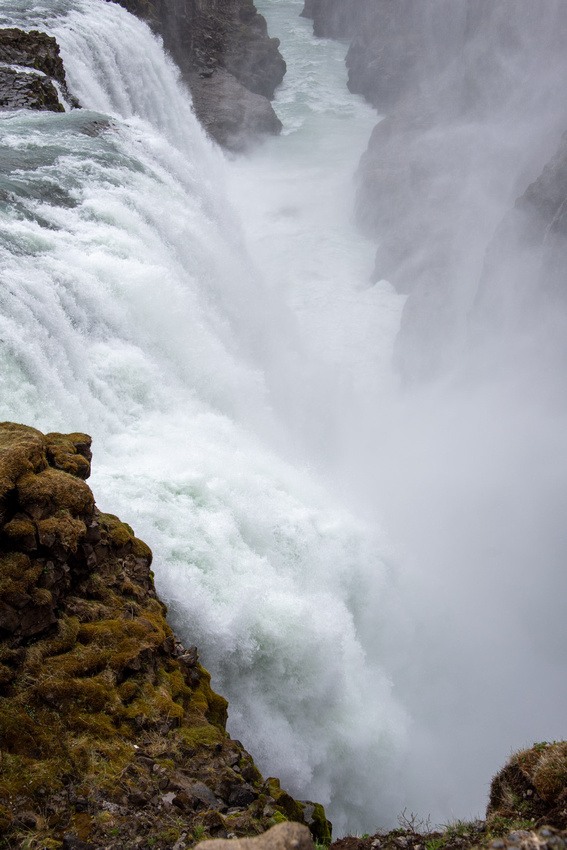 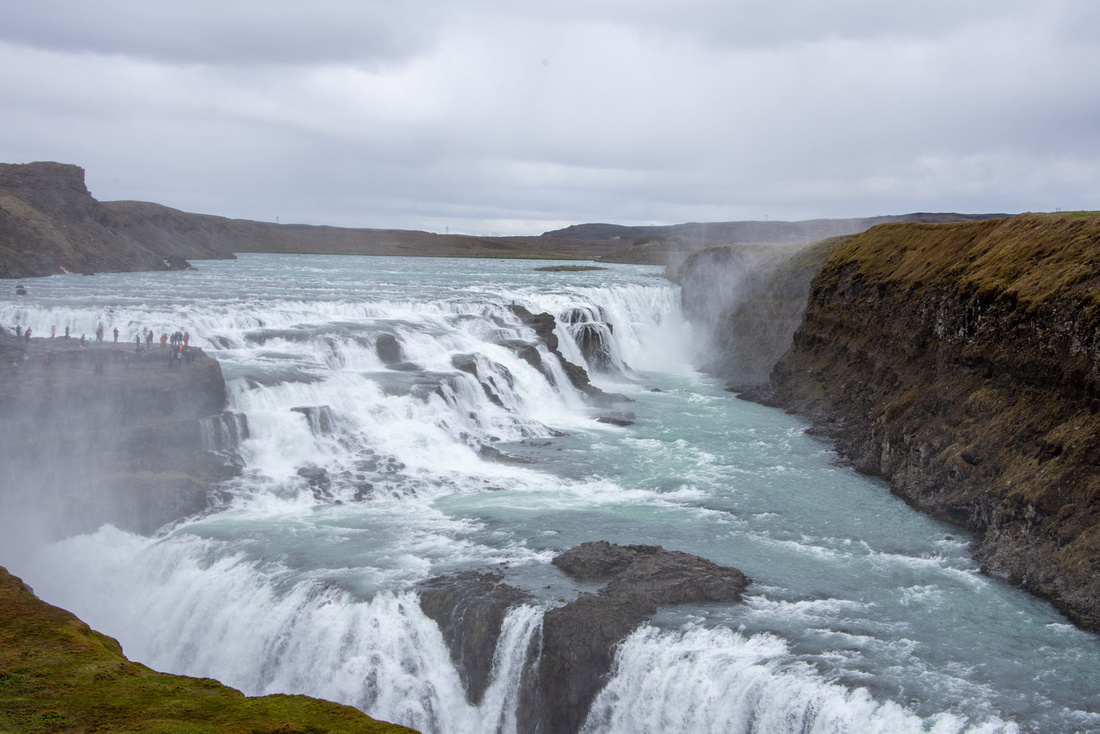 Our next stop was Kerid Crater.  It is a deep crater now filled with water.   We walked around the top and then the base near the water.  This crater was formed due to a collapse in water running underground as part of a volcano explosion.  I capture this bird making its home here. 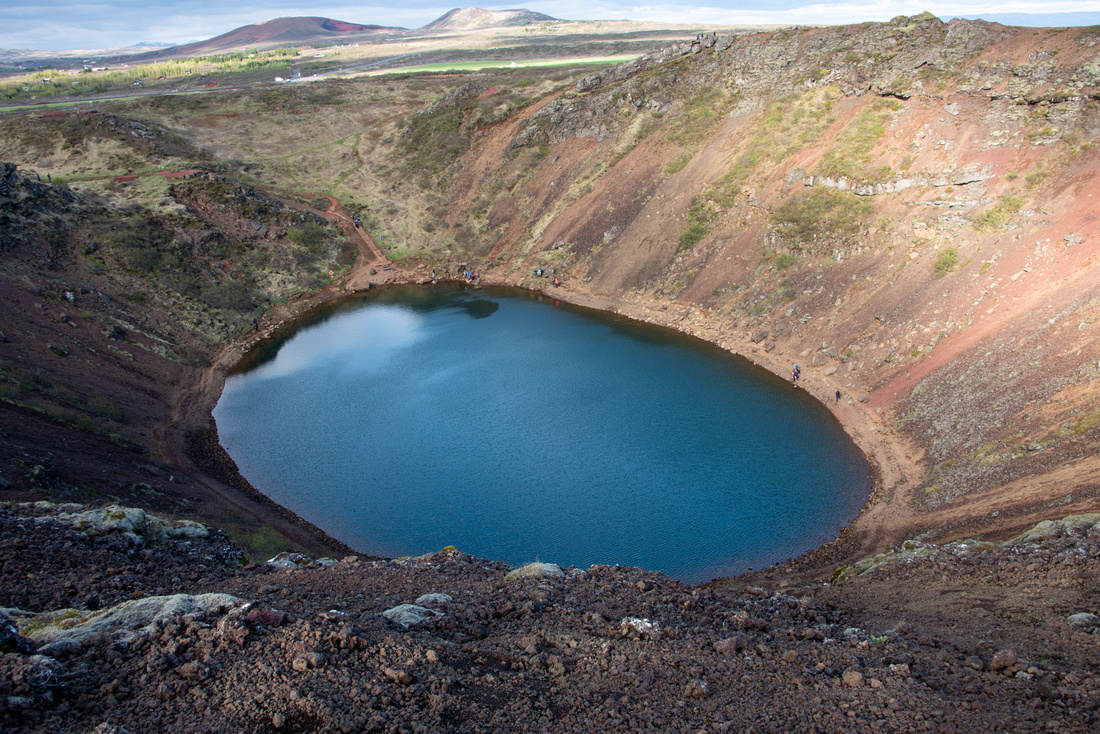 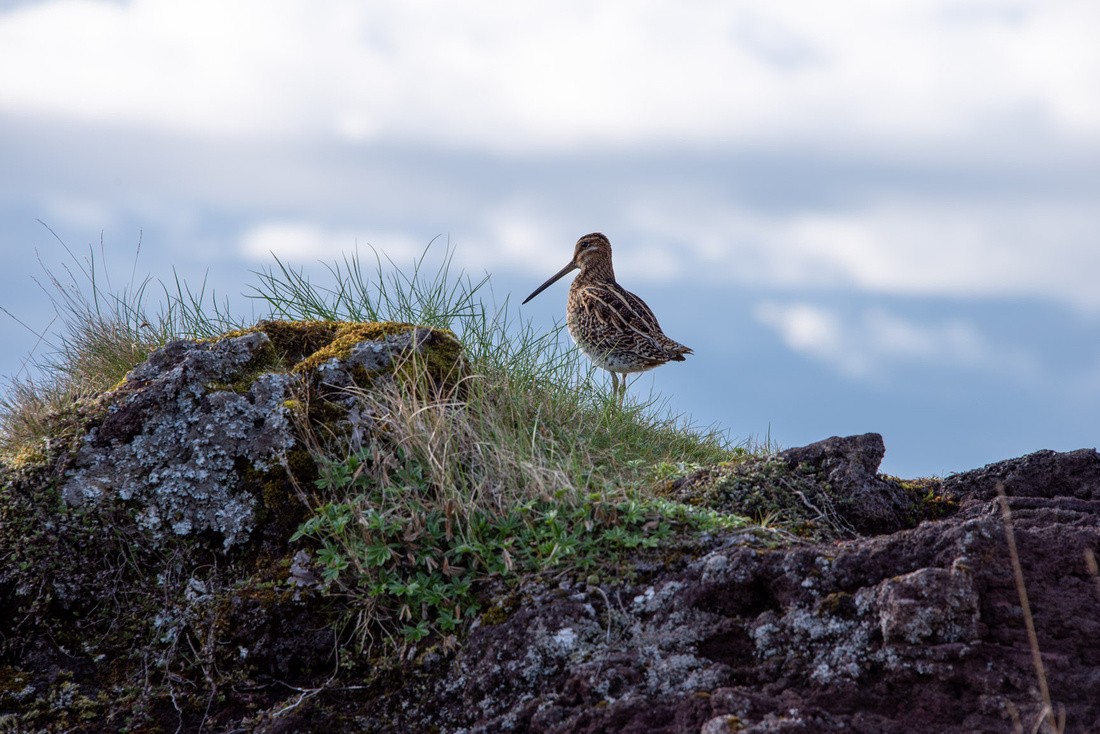 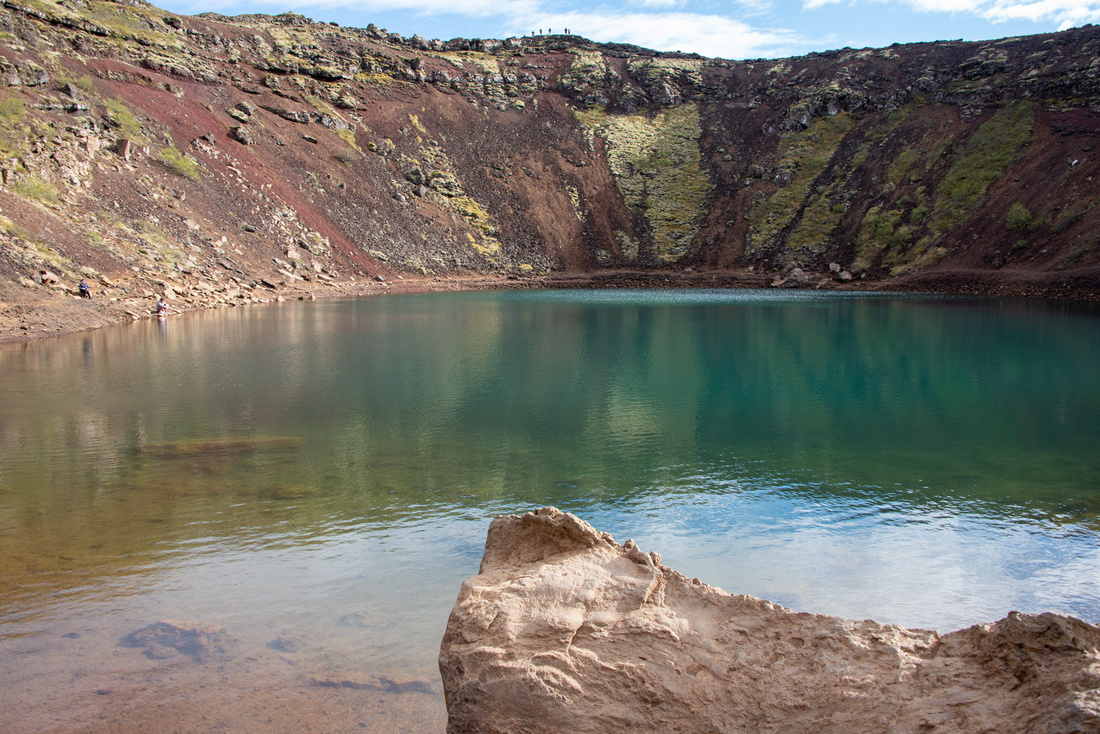 We headed on to Keflavik by way of a coastal road not traveled much. Here we saw beautiful site of salt and moss growing on the volcanic rocks laying now solid on the ground.  We headed on to our next hotel, Hotel Jazz.  We laughed as we got 3 shampoo, 3 shower caps and no soap or wash clothes.  Great hotel otherwise.  I would stay here again as well as it is so close to the airport.  Breakfast was also served, European style with cheese and tomatoes. 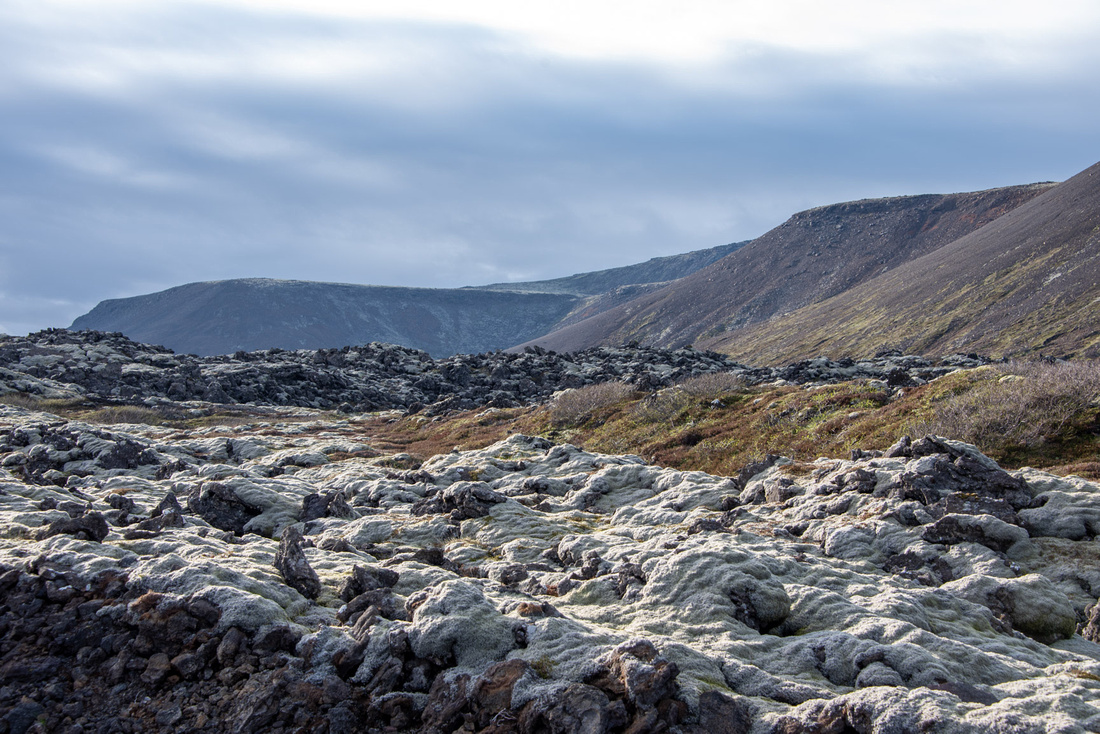 That night we dined of something we had not expected.  Dale had whale steak for dinner which he nor I will ever have again. I had Arctic Char (like salmon). It was very good.  We enjoyed Iceland very much and plan to come back and complete the larger circle and to see the northern lights.  If you love nature, Iceland is definitely worth seeing.