The first annual Fill Your CUP Comedy Night was held at Peak View High School in Reunion, Colorado.  Elemintal Photography had the privilege of photographing their special event.  It was exciting to see all the families come to attend a fun and wholesomely clean show.  Serveral members of CUP including Lori Young were in charge of the event.  The emcee for the evening was a member of the local community. One comedian Samuel Adams was from the Denver Metro area but the headliner was out of Los Angeles, Kerri Pomarolli.

The evening began with a few words from Megan.  Megan's mother worked at the Adams 14 School District office and Megan often came to help out at the CUP outreach in the basement of the district.  She is continuing to work for CUP and will be working in their new coffee shop in Reunion.  Next, Paul Sandos, Principal at Lester Arnold High School also came up to talk about the school and how CUP will partner with them to benefit students looking for work.

It was time for the comedians to take the stage.  First up was Samuel (Sam) Adams.  He was funny and spoke of many local activities and the humor in them.  The crowd enjoyed his humor and the evening was off to a great start.  Next came Kerri Pomarolli.  She spoke about her family and especially her antics with her daughters.  People were laughing as she made fun of herself and caring for her daughters.  At the end of the show, both comedians stood at the back and spoke with people that had attended.  Some asked for photograph with the comedians.  The evening was a lot of fun and we hope a great success for CUP as they open their doors to help those in the community. 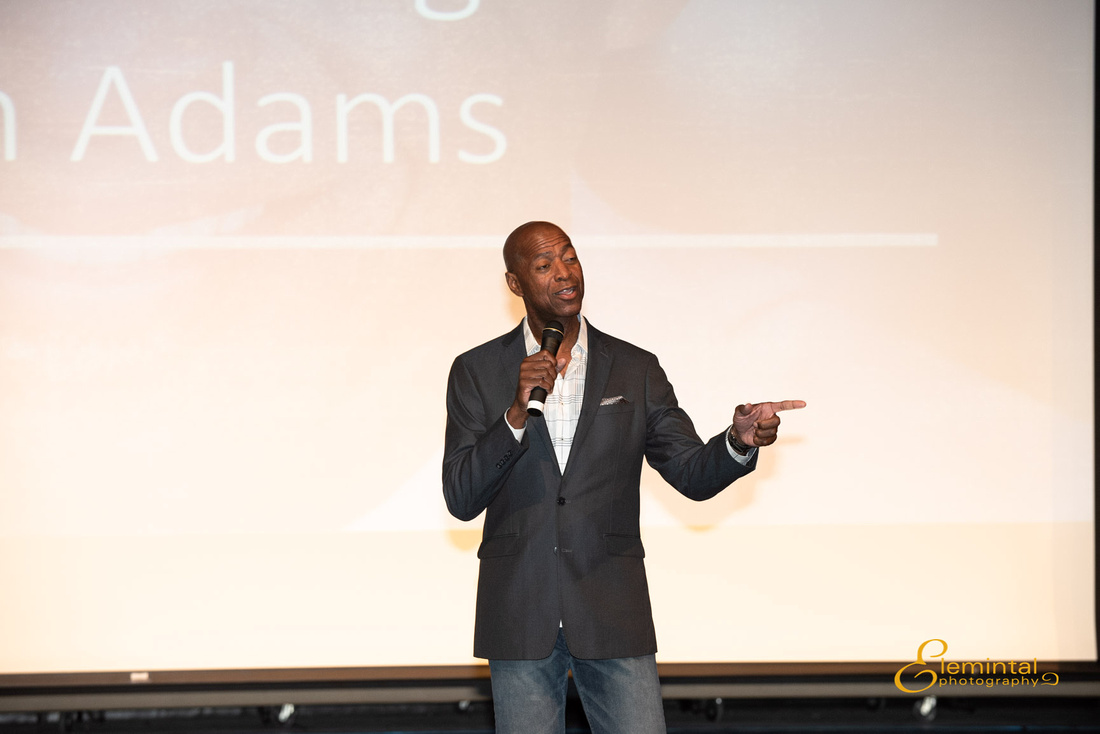 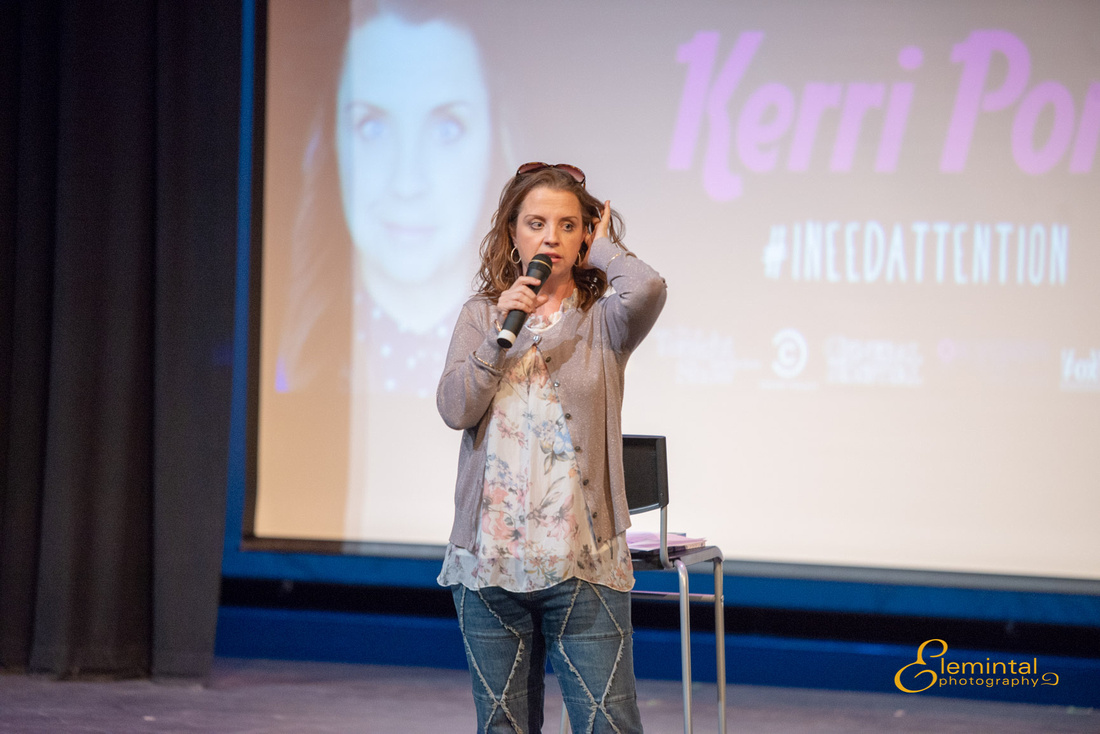