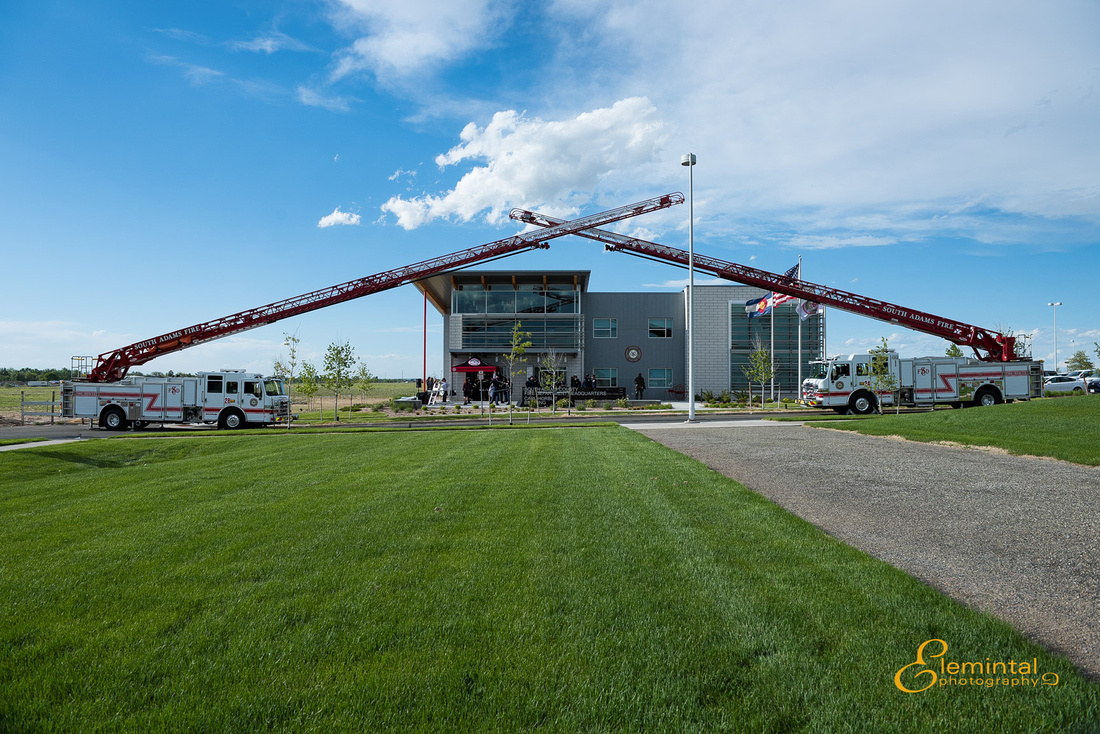 South Adams County Fire Event was held for swearing in new board members and a retirement party for those retiring. Elemintal Photography was asked to help commemorate the event by taking photographs the activities of the evening.  The meeting began with the fire fighters own team of color guard in a flag recognition ceremony.  Next, the new board members were first sworn in with great pomp and circumstance durning their regular meeting.  One of the new members was not actually able to make it.  Debra was able to phone in and say a few words about coming on the board.  Debra also congratulated the gentlemen retiring.  The board discussed old and new business in a short meeting and then the meeting was dismissed for the outdoor portion.

The outdoor portion of the evening began with bag pipes and a fire fighters standing at attention.  Two fire trucks that were not is service also brought in to decorate the event.  Elemintal Photography was able to capture some great photos of their event and the special touches added for such an event.

The honorees were actually two firefighters for the district that had retired.  They decided they could continue to help out their community by continuing on the board.  Their vast knowledge and experience was a great help to the district.  Each of them were given an opportunity to say something and they were each given a beautiful brass fire station bell.  The retirees were also recognized by the fire fighter union.

At the of the event people gathered for food, drink and a special cake created in their honor.  It was a wonderful evening and all those attending enjoyed the opportunity to visit and thank the gentlemen for their service to the community. 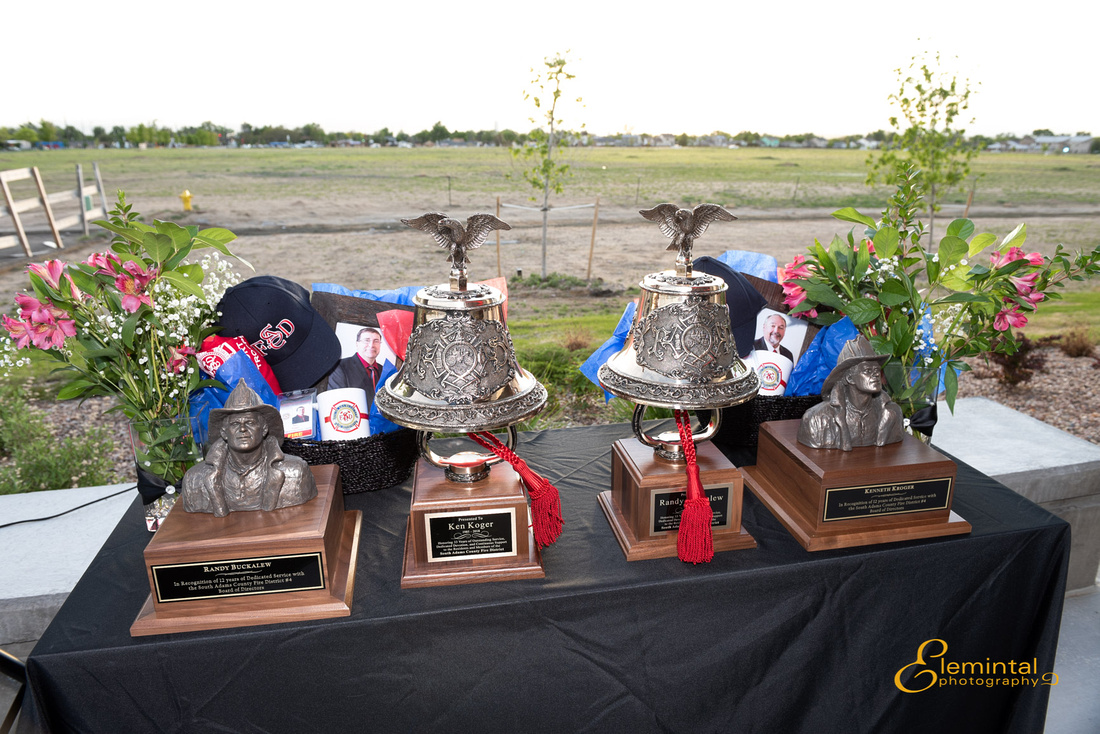